This 1958 Porsche 108K (Short Wheelbase) Junior Tractor was produced in the Porsche factory in Friedrichshafen Germany in 1958. The date of delivery was July 25, 1958.

VIN: K3666 was ordered by Dr. Ing. Friedrich Bering. He was a engineer (a university graduated technician) and owner of the paper factory and surrounding lands located at the river Diemel at Warburg Germany. The paper factory had its origin in 1854 when his grandfather Christian Bering started to produce paper in the old mill named Kuhlemuhla (Year 1500). The paper factory had many hectacres of lands and has been owned by three generations of the Bering family. At the year of purchase (1958) Friedrich Bearing was 64 years old.

Being a technician with money to spend, he ordered the 1958 108K Junior fully optioned (including a type 104 hyrdraulic lift and all available gauges directly from Porsche.

The Original Registration Documents show the tractor was titled and registered on September 25 1958 and being retitled on February 25 1964. Thus indicated the tractor was used at the Bearing Factory for only six years. Mr. Bearing died on December 31, 1967 at the age of 73 years old. The paper factory became at Brewery at that time and is still in operation as of today.

The tractor was sold to August Rolf in 1964, who was a small famer in Natingen, only 10 kilometers from Warburg. Seven years later (1970) the tractor was sold to Fritz Funfsinn, a butcher in Neunkirchen Salchendorf, a small village near Siegen in the South of Germany. The butcher owned the tractor for 37 years, using it for all kinds of work on the cattle farm and butcher store.

In 2007 the tractor was bought by an eccentric Porsche collector. He found the tractor for sale and realized how rare the tractor was given the factory options that came on the car. He had yet to ever find an original 108K with factory front fenders. In addition he was impressed with its original unmolested patina condition. All of the gauges were functional including the hour meter. As a collector of classic Porsches (356s and 911s) he decided to restore the tractor to its original showroom condition. The original engine was rebuilt including new gaskets, bearings, machined as well as a rebuilt original starter. The tractor was disabled to the chassis and restored from the ground up. The included new paint, tires, wiring and seat. The original gauges were refinished and installed back into the tractor.

As the collector has aged the decision has been made to pass this extremely rare tractor on to another collector who may enjoy it for years to come.

Please note:
This vehicle is subject to prior sale. The pricing, equipment, specifications, and photos presented are believed to be accurate, but are provided “AS IS” and are subject to change without notice. Fuel economy figures (if shown) are provided from EPA mileage estimates. Your actual mileage will vary, depending on specific options selected, overall condition of the vehicle, and your personal driving habits. Any payment or financing offer is with lender approval pending a credit check of the borrower. All prices and payments indicated do not include sales tax, vehicle tag/title/registration fees, or processing fee. Please see a salesperson with any questions you might have before making any purchase commitment on this or any other vehicle we have for sale. 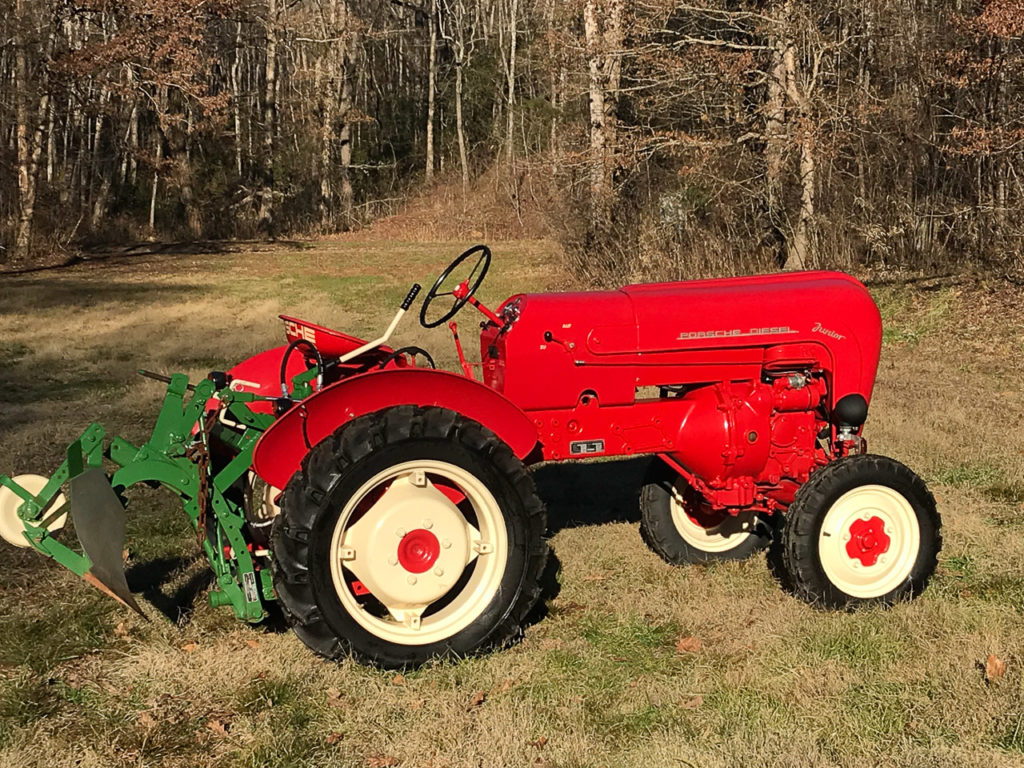 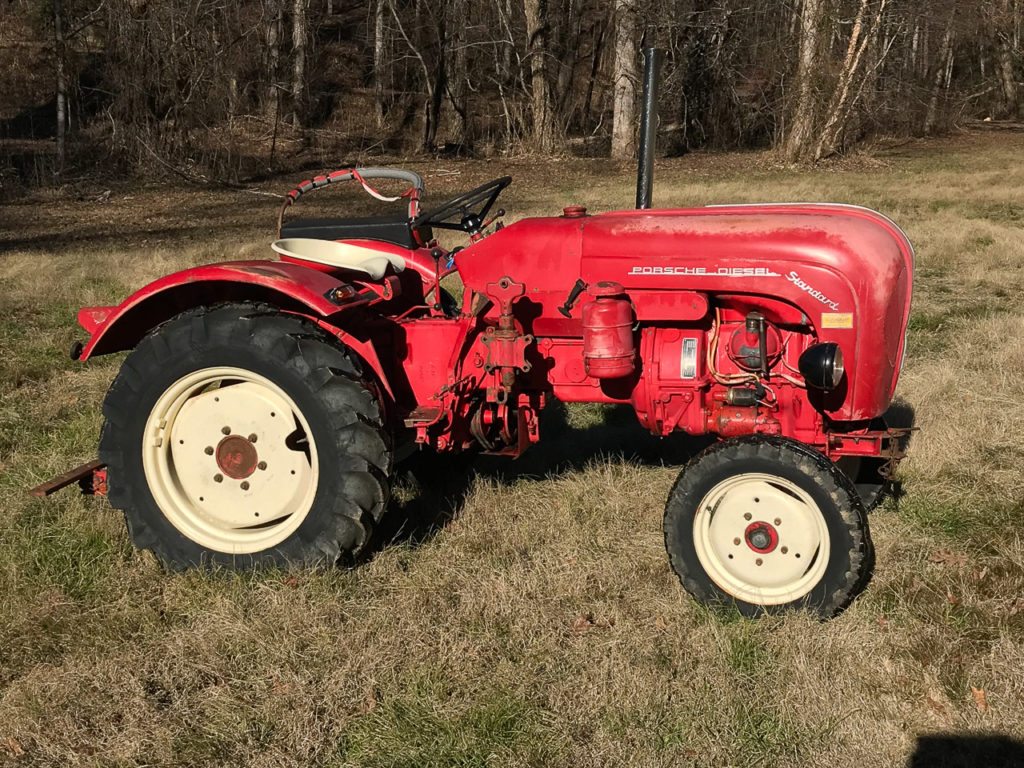 1963 Porsche 217 Standard Tractor. Straight off the farm this tractor is all ori 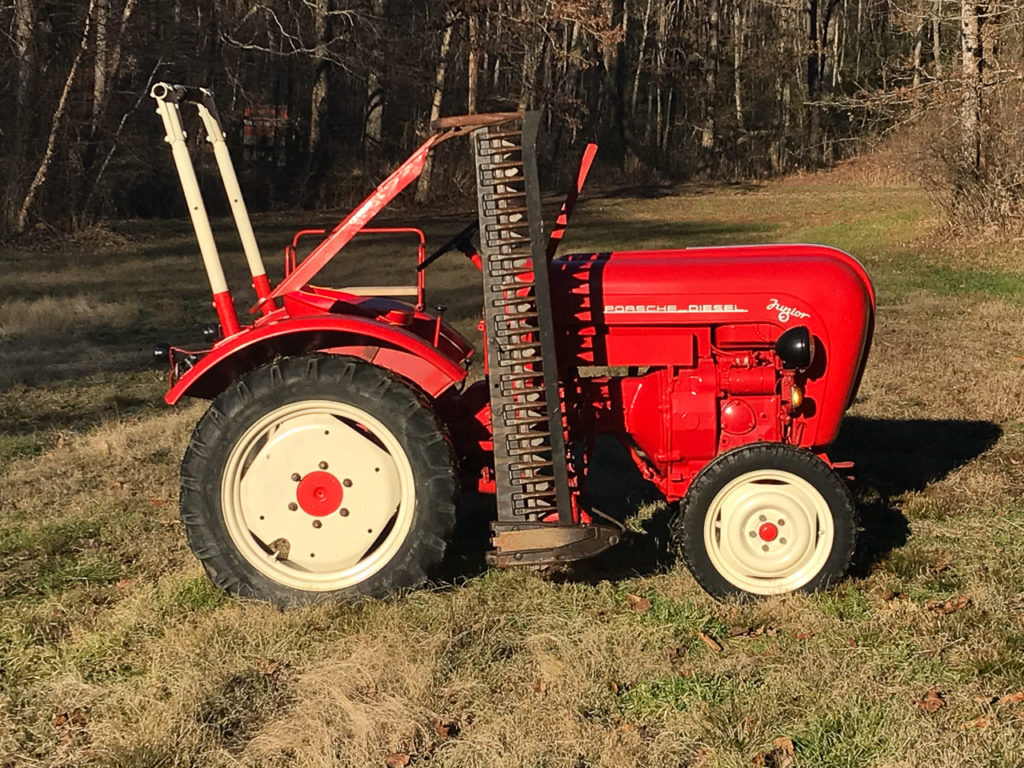 1961 Porsche Junior 108K Tractor. The most highly desired of all Porsche Diesel